Our first facility, in Albury, New South Wales, commenced operations in December 2021. A second facility will be built in Altona North, Victoria and is scheduled to be completed by December 2023.

Each facility will recycle the equivalent of approximately 1 billion 600ml PET plastic bottles each year.

The used plastic feedstock (PET bottles and containers) recycled by the plants will be collected through Cleanaway’s Material Recovery Facilities (MRF) and Container Deposit Schemes (CDS).

The food-grade recycled PET (rPET) produced by these facilities will be used to produce new beverage bottles for Asahi Beverages and Coca-Cola Europacific Partners, and new food and beverage packaging for Pact Group’s customers.

Between our two new facilities we will more than double the amount of locally sourced and recycled PET (rPET) produced in Australia – from around 30,000 tonnes currently to more than 70,000 tonnes per annum.

The Albury project was made possible with the assistance of almost $5 million from the Environmental Trust as part of the NSW Government’s Waste Less, Recycle More initiative funded from the waste levy, with the support of the Department of Regional NSW and the Australian Government’s Recycling Modernisation Fund. 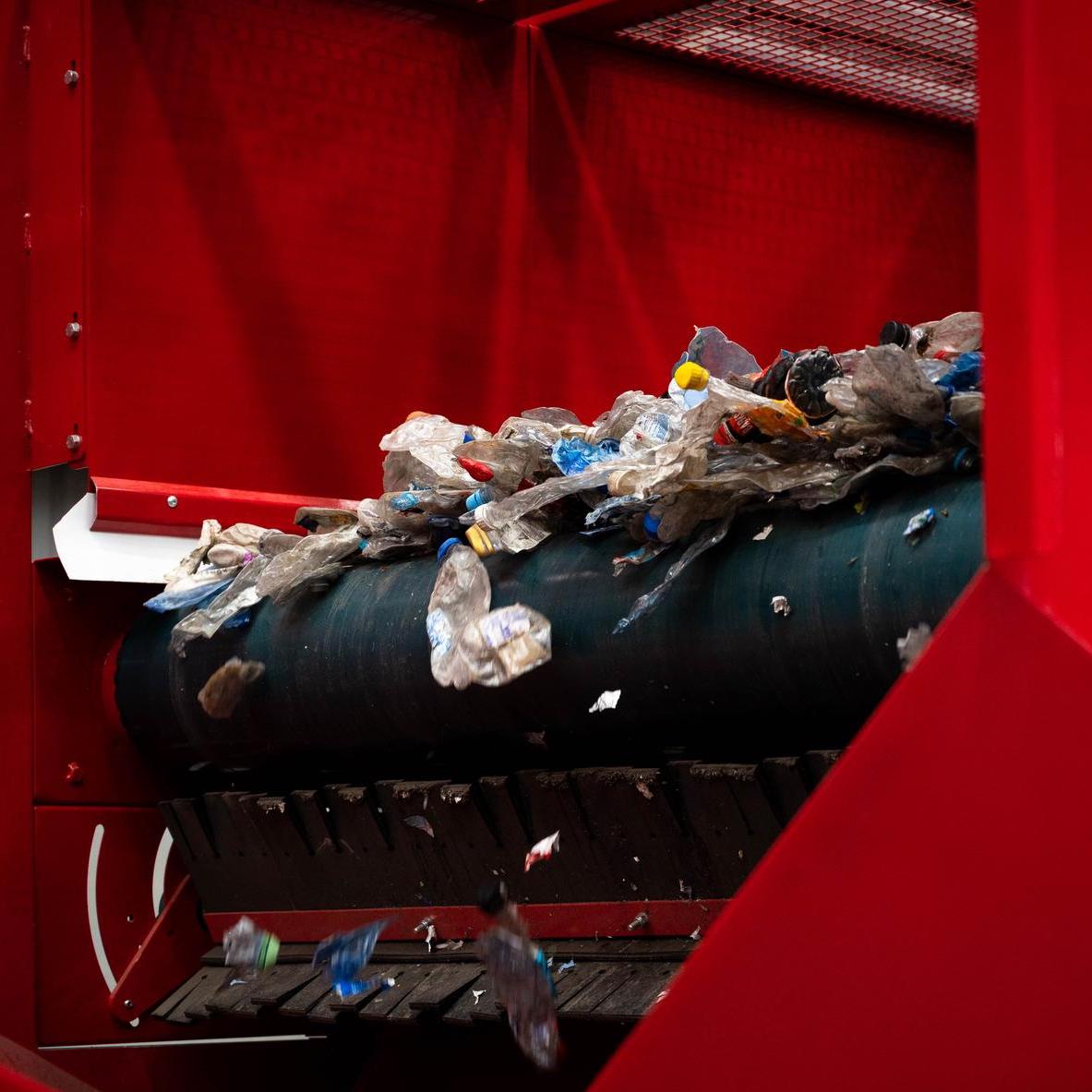 Consumers recycle via kerbside and CDS and Cleanaway collects and sorts

The packaging is sold to consumers in Australia and New Zealand, creating a circular economy 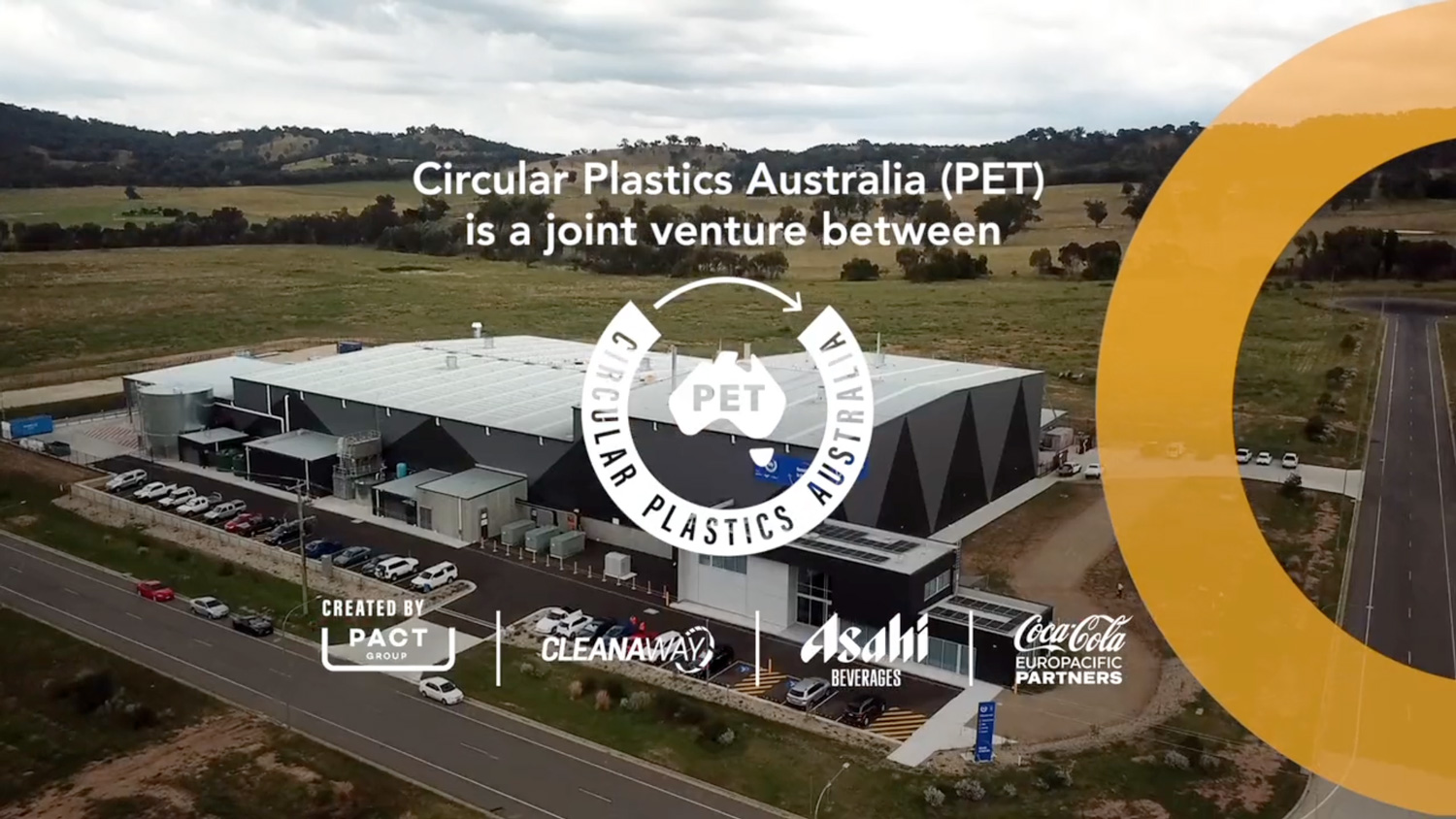 Consumers have an important role to play in building Australasia’s circular economy by recycling correctly and, by purchasing products  in packaging made from locally recycled content.

In January 2022, Asahi Beverages unveiled a new sustainability agenda as we use our significant scale to create a more sustainable future for Australia and New Zealand. A key focus of this strategy is Sustainable packaging, with the goal of transitioning to 100% eco-friendly materials for all our PET bottles by 2030. Eco friendly means either 100% recycled content, compostable or biobased plastics. 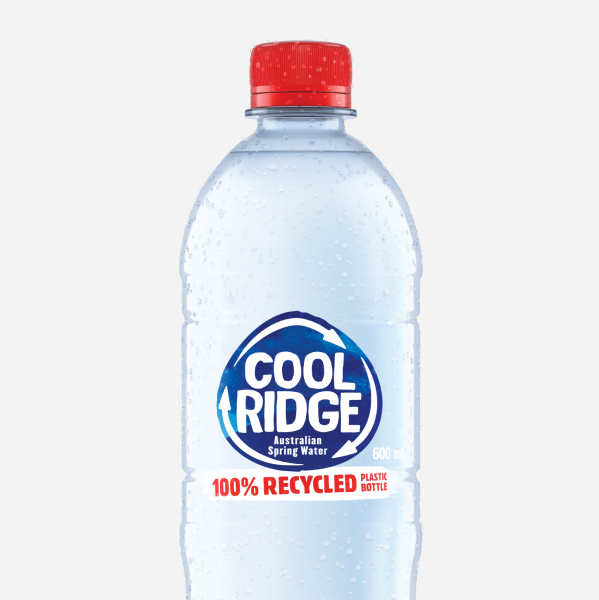 7 out of 10 of Coca-Cola Europacific Partners’ bottles in Australia are already made from recycled content, but we have plans to go much further. In 2020, we announced a set of ten bold sustainability ambitions. A key priority of these ambitions is to close the loop on packaging, for example, by designing for 100% recyclability and implementing pack-to- pack recycling solutions in Australia.

Our vision is for our bottles to be part of a closed loop where they are used, collected, and given another life. Our investment in Circular Plastics Australia (PET) will allow us to make progress towards this vision, reducing the need for imported rPET and virgin plastic and helping create new jobs for Australians. It is a significant milestone on our sustainable packaging journey, and we are proud to be involved. 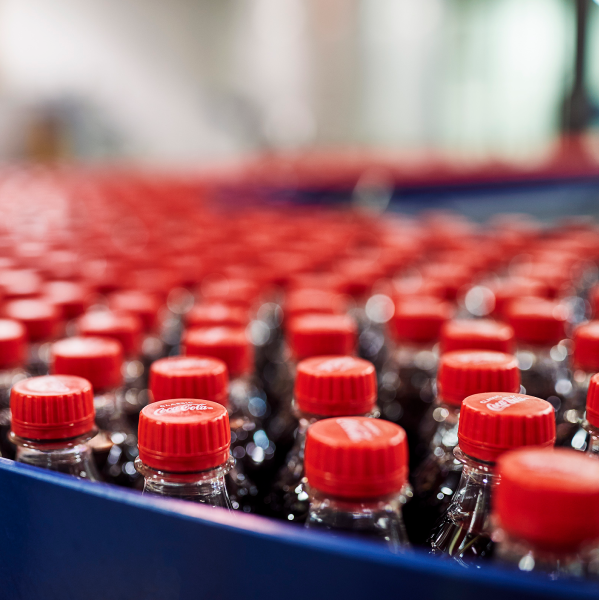 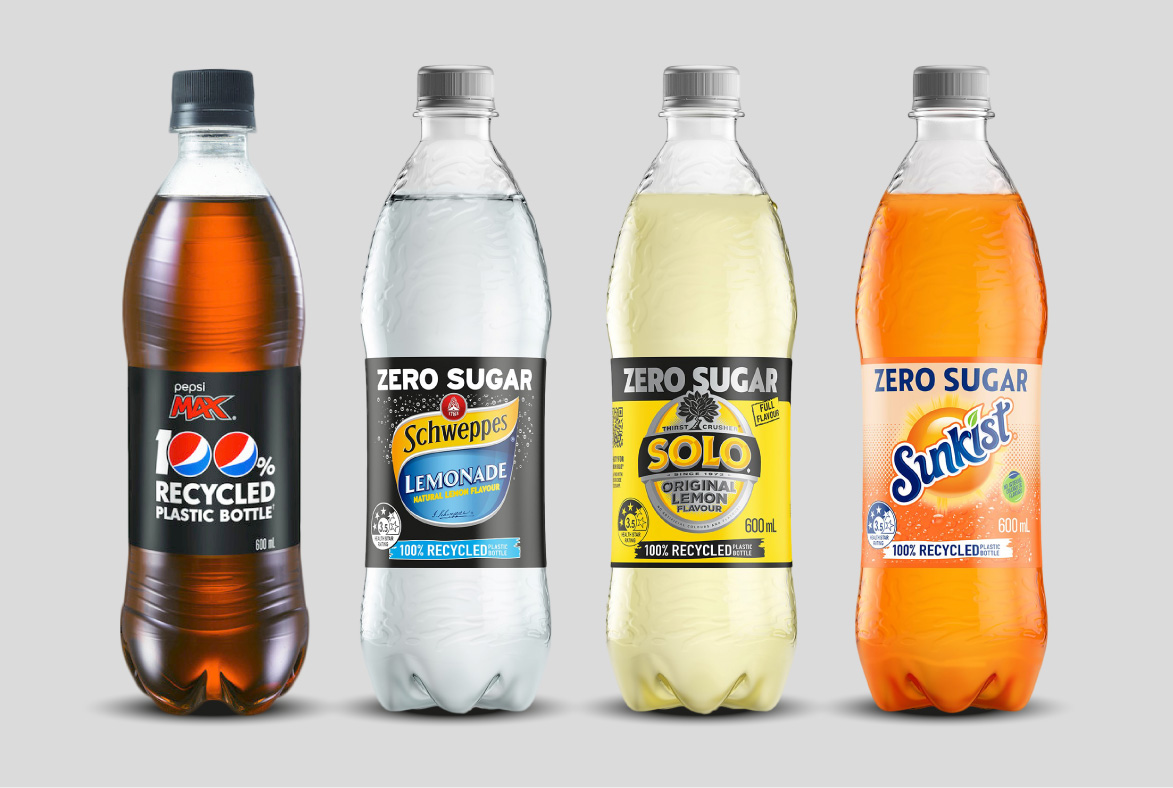 These brands will be sourcing rPET from Circular Plastics Australia (PET) from 2023. 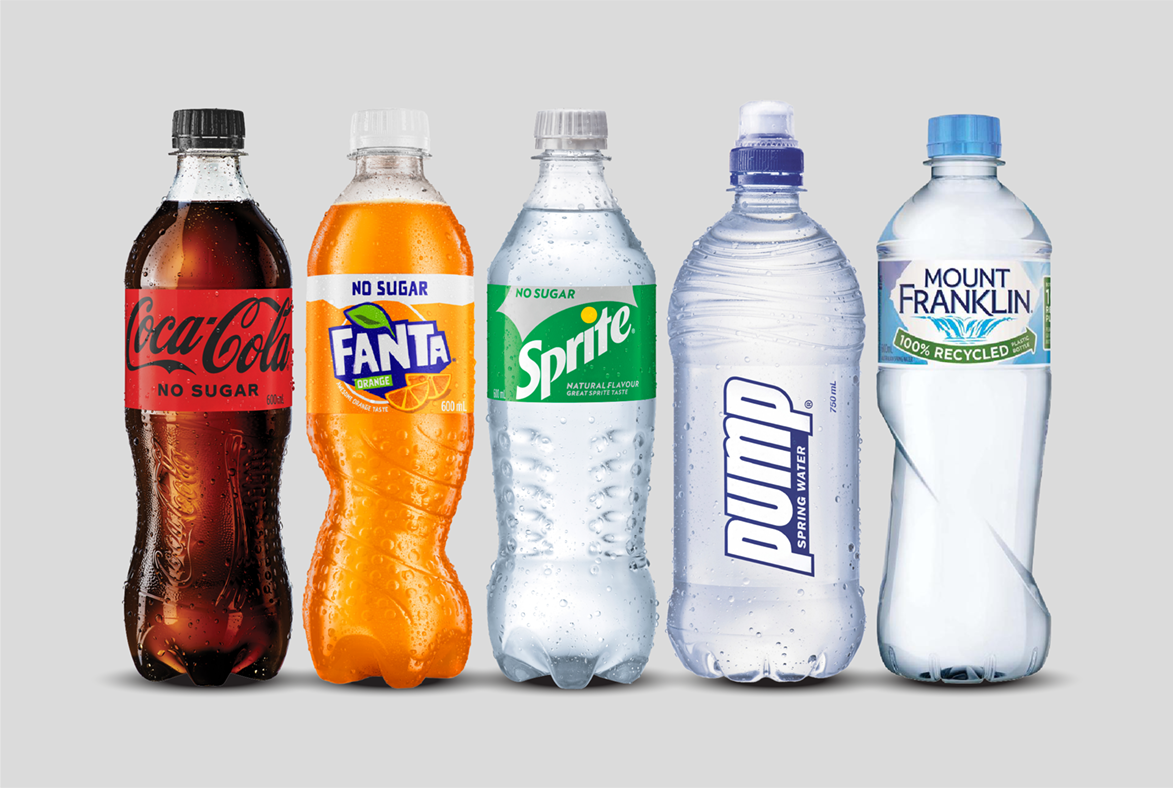